The Turks and Caicos Islands is a country rich in history, it consist of eight major islands and numerous uninhabited cays located 575 miles south of Miami.

Locals claim that the Islands were the first landfall of Columbus in 1492. Some argue for Grand Turk, where a monument casts the claim in stone.
The arrival of Europeans spelled the end for the Taínos, who had either been forced into slavery or had succumbed to European-borne diseases by the mid-16th century.

Over the next few centuries ownership of the Islands bounced between the French, Spanish and British, ending finally with Great Britain.
Despite the colonial struggle for power, the Islands’ development slowed down as they were not on the main sailing routes, possessed no gold or decent anchorages and lacked sufficient rain to grow sugar.

The Islands remained virtually uninhabited until 1678, when a group of Berm colonial loyalists established cotton plantations. The loyalists brought their slaves however, the plantation era was short-lived. By 1820, the cotton crop had failed, and the majority of planters had moved on. Many left their slaves behind, and eventually they too became salt-rakers.

The archipelago’s political fortunes continued to fluctuate. It became a formal part of the Bahamas in 1799, but in 1848, following a petition by the Turks and Caicos Islands’ residents, it became self-governing under the guidance of the Governor of Jamaica. In 1872 the Islands were annexed to Jamaica and remained tied to Jamaica until 1962, when they were again linked to the Bahamas. In 1973 the Turks and Caicos Islands became a separate Crown Colony of Great Britain.

The Islands’ history over the past five decades has been quiet, though there was much excitement when astronaut John Glenn landed down just off Grand Turk in 1962. At about the same time, the Islands were ‘discovered’ by seven millionaires (including Teddy Roosevelt III and a couple of the DuPonts), who leased land from the British government and built a small airstrip for their private planes and a deep-water anchorage for their yachts. Meanwhile, Count Ferdinand Czernin, son of the last prime minister of the Austro-Hungarian empire, scouted a tiny dot on the map called Pine Cay. It was here he planned a Walden Pond-like resort, however, after his death it became the exclusive Meridian Club resort. Then in 1984 Club Med opened their resort on Providenciales and the Turks and Caicos Islands started to boom. 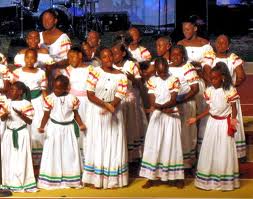 The majority of the Turks and Caicos Islanders are black descendants from the early Bermudan, Loyalist and slave settlers and salt-rakers dating back 300 years.
The half inch thick telephone directory reflects this heritage, with long listings under the names Astwood, Butterfield, Forbes, Lightbourne, Stubbs, and Williams.
The Turks and Caicos immigrant population is a rapidly expanding group of Haitians, Dominicans and Cubans as well as many residents from all over the world.
The majority are Canadian and American, but there are also residents from South Africa, Europe, Oceana, South America and Asia.

Local bands play anything from reggae, salsa to rake and scrape, all creating relaxing island vibes. Musicians appear at local restaurants, bars and hotels most evenings. With the increase in residents from throughout the Caribbean, the music is becoming more varied with a strong influence from the Dominican Republic. 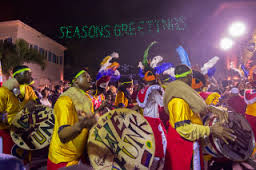 Artists on the Turks and Caicos Islands have started to blossom. Works by some of the country’s finest artists can be found in galleries on Providenciales and Grand Turk. Much of the art is inspired by the local scenery and marine life, with vibrant colours of the Caribbean. The Middle Caicos Artisans Coop in recent years has brought back the art of woven grass baskets and palm hats made from local plants by local people, of their own design. Building and sailing of the Caicos sloop has recently been revived by the Turks and Caicos Maritime Heritage Federation.

HOW WAS THE TURKS AND CAICOS ISLANDS’ NAME DERIVED?

The popular story is that the name Turks was derived from the indigenous Turk’s Head ‘fez’ cactus, pictured on the left, and the name Caicos, a Lucayan term ‘caya hico,’ meaning string of islands.

A more romantic origin of the name is a reflection of the Islands’ pirate history, when 17th and 18th century pirates used the islands as hideouts and preyed upon the passing Spanish treasure ships bound for Europe.
The term ‘Turk’ for a pirate stemmed two centuries earlier when the Ottoman Empire dominated the Mediterranean and Turkish corsairs harried European Atlantic shipping, thus translated ‘Turks’ Islands becomes ‘Pirate’ Islands!
TCI uses the postal code BWI which represents British West Indies, a diversified group of Caribbean islands including Anguilla, British Virgin Islands, Cayman Islands, Monserrat and the Turks and Caicos Islands, all dependent areas of the United Kingdom.