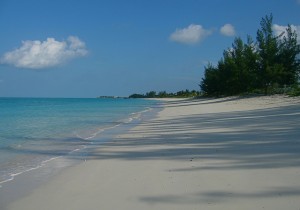 North Caicos is 41 square miles and is populated with approximately 1500 people. It is 12 miles northeast of Providenciales (Provo) where the International Airport hub is centered for the Turks and Caicos Islands. Daily ferry service and boat charters are available, making North Caicos easily accessible. For adventurous travelers, car and bicycle rentals are available as well as taxis and guided tours.

North Caicos, known in the past as the “Garden Island,” has been the bread basket of the islands. Fine sloops were built to transport the crops from the extensive farms, located close to the settlements of Bottle Creek, Whitby, Sandy Point and Kew to the other islands. Less farming is done nowadays, however, the Government farm in Kew still produces tomatoes and cucumbers available on North. 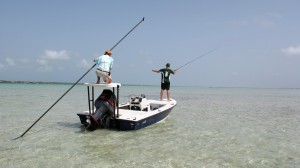 North Caicos is home to

Whitby Beach, a 7 mile stretch of white sand covers a considerable length of the northern coast. The famous Three Mary’s Cays is located on this side, famous for snorkeling and a huge Osprey nest on the Third Cay. The hotels and the majority of expatriates with homes on North Caicos have centered themselves in the Whitby area and were attracted by the fabulous white sand beaches. 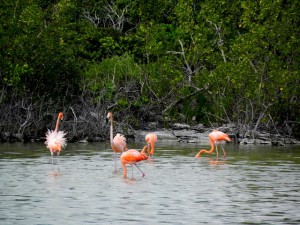 The southern part of North Caicos is composed of swamp and tidal flats. These lush tidal flats are home to the largest sanctuary of West Indian Flamingos in the Turks & Caicos Islands. They abide in a protected nature reserve  where planes are prohibited to fly and boats are not allowed to disturb the flourishing flock. There is a viewpoint located in Whitby on the bluff above the flats. If you have a good set of binoculars you will be able to see thousands of these beautiful pink birds. Also found on North Caicos is the rare Whistling Duck in the areas of Pelican Point and Whitby.

Areas of interest include plantation ruins at Wades Green Plantation outside of Kew, one of the most successful plantations of the Loyalist era. A lookout tower, recently built, provides a 360º view that goes for miles.Cottage Pond, at Sandy Point, is a fresh water pool surrounded mostly by ferns and tropical vegetation. 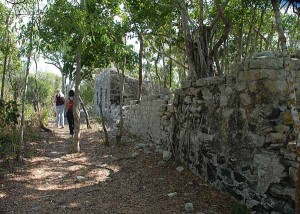 The story goes that in the Royalist days, the slaves were thrown into this hole and were never found. There is a possibility of it opening into the ocean. In October 2001, an attempt was made to reach the bottom of this alluring deep hole. It  was thought to be located somewhere underneath the neighboring hill and in over 200 feet of water.

Experience Eco-Adventure  on North Caicos. Kayaks, mountain bikes and boats are available for guided eco-tours and rentals. Explore this vibrant and friendly island and learn about it’s history, plant life and culture. It is also fun and easy to venture over to Middle Caicos, another island of the Turks and Caicos  from here and guided eco-adventures can explore both islands. Trips are scheduled or customized and pick-up is available from Providenciales, Pine Cay and Parrot Cay. For more information go to bigblue.tc 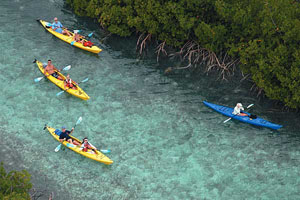 Whether your North Caicos accommodation of choice is a small hotel , guesthouse or villa, you may wonder about the logistics of restaurants and grocery stores. The island covers a relatively large area therefore, traveling to most of the restaurants and grocery stores will require some mode of transportation; be it car rental, bicycle or taxi, all are available for hire. The North Caicos hotels and  guest houses offer optional meal plans. The restaurants and bars all serve fresh locally caught fish, cold beer and rum punch. Dress in your t-shirt, shorts and sandals in any of them with no worries. 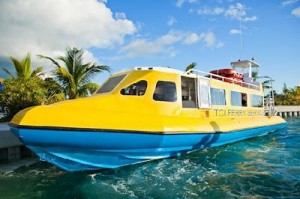 All major airlines fly into Providenciales (Provo) International Airport. Ride the TCI Ferry to North Caicos, a scenic 25 minute ride. The ferry departs regularly from Leeward, Provo to Sandy Point Marina, North Caicos, and runs from Monday to Sunday and on public holidays. Once on the island of North Caicos, a taxi will drive you to to your accommodation for a nominal fee.

WHAT TRAVELERS TO NORTH CAICOS SAY:

Here are some pictures we took on our trip to North Caicos. We feel that these pictures capture the beauty and tranquility of this wonderful island. Patti DesLauriers and Howard Bartels Dickinson, Tx, USA.  For the pictures of North Caicos, click here

From islanders to islanders:
Nothing but the essence of life in a place where the link between mind (in peace) and action (with glory) is sublimated in the nature. Thanks and love. Anna and Adolfo

Quiet, Peaceful Seclusion on North Caicos
We were looking for a quite place to relax and recover from the hectic lives we have come to know. It was our 25th wedding anniversary and we just wanted to get away. No one else, just the two of us.

My wife spent the better part of a year surfing the Internet looking for just the right place. She started her search by putting two words into a search engine: “isolated island”. You’d think that we were looking for Gilligan’s Island, but that’s the mind set we had as a getaway.

In some parts of the world the Turks and Caicos Island chain is pretty well known. To us, this was the spot we were looking for. We finally focused our attention on North Caicos and a small community on that island called Whitby Beach.

We hope you enjoy the adventure we had in this beautiful part of the world.

How to get to North Caicos?

Things to do in North Caicos