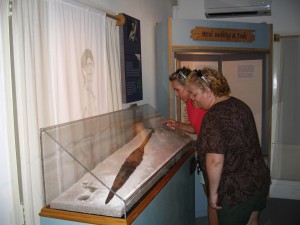 urks & Caicos National Museum is a non-profit organization and operates as an independent company with a Board of Trustees. Located in Guniep House; which is constructed from salvaged ships’ timbers therefore classifying the house as an exhibit in itself.

The nation’s people and natural history including some interesting exhibits of the Lucayan Indians are the focus of the museum. The museum boasts an excellent marine reef replica, extremely well presented with many interesting facts on reefs and reef fish. Their collection also includes stamps, coins, photographs and the Grethe Seim Message in a Bottle collection.

The main exhibit is the wreck of a caravel that sank on Molasses Reef in 1513, believed to be the earliest shipwreck found in the Americas. The wreck site, just south-west of West Caicos became the resting place of this small wooden sailing ship until an ambitious salvage operation began in the early eighties. Measuring just 19 meters long, the caravel having safely crossed the treacherous Atlantic sea ran aground on the reef and became stranded in sand in about 15 to 20 feet of water, laying undiscovered for some 400 years. 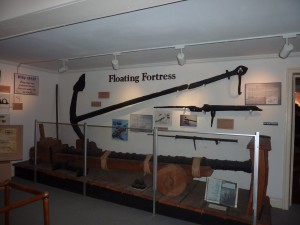 Following the salvage, cataloguing and preservation of the 2,000 plus artifacts, comprising selections of arms, tools, personal effects and pottery, was carried out by the Institute of Nautical Archaeology at Texas A&M National Museum. The artifacts were returned to Grand Turk where they are now exhibited at the museum. In fact, a whole exhibit is centred on this wreck and this alone makes the Turks & Caicos National museum a must to visit if you’re in the Islands.

The Museum is open weekdays from 9am to 4pm and Saturdays 9am to 1pm.
Visit TCI National Museum website here