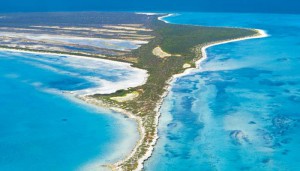 West Caicos is an uninhabited island of nine square miles situated in the far west of the Turks and Caicos Islands. Currently, development is underway to construct a small, exclusive community with yacht harbour and airport on a small portion of the island. While the east coast of West Caicos boasts some of the most spectacular beach in the Turks and Caicos Islands, the west coast is iron shore (limestone weathered into jagged rock) and is dotted with small sandy coves, perfect for picnics.

West Caicos was cleared in the 1890s for salinas and the cultivation of sisal, a major crop of the Turks and Caicos Islands. The island still contains the ruins of those activities complete with railroad tracks, engines and old stone buildings. Following Spanish, French and British control, Trujillo – dictator of Santo Domingo – attempted to purchase the entire island of West Caicos as a hideaway shortly before his assassination, but a clear title count could not be negotiated. As late as 1972, a large oil company wanted to develop a large oil refinery on the island and built an airstrip in anticipation of that happening. It was not successful, and the airstrip still remains today.

For more than a century, West Caicos has been uninhabited and has remained a natural habitat for sea birds, iguanas, turtles and other wildlife. In the centre of West Caicos is a Turks and Caicos Islands nature reserve, Lake Catherine, where flocks of pink flamingos can be seen. It is a fantastic spot for star-gazing during an overnight camp-out on the beach (permit required). Traveling along the iron shore of the west side of West Caicos you will discover carvings in the rocks by ship wrecked sailors dating back to the early 1800s. Remains of Lucayan inhabitants have also been discovered there. 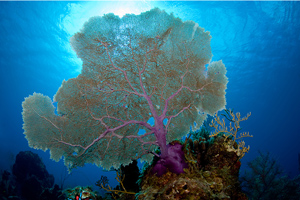 West Caicos Marine National Park offers some of the most beautiful diving spots in the Turks and Caicos Islands and is therefore one of the favorite destinations for dive operators from Providenciales. Dive sites are situated along the wall of the Atlantic Ocean and the Caicos Bank, some marked with buoys by the local dive operators and water sports associations.
The West Caicos wall drops off to a 7,000 foot abyss. Large animals are frequently seen cruising in the deep blue, ranging in size from the majestic eagle rays and manta rays to anything as big as a humpback whale. See the big anchor embedded in the coral in a dive through a tunnel. The top side of the wall ranges from 40 to 90 feet offering a variety of diving for every level of diver.

Early in the 18th century, the French authorities forbade the use of Tortuga as a base for the corsairs and by a decree of 1718, King Louis XV offered a full pardon to all such pirates as he thought they would abandon their evil ways. However, many of the filibusters found it hard to retire from their chosen profession. In the year 1727, Captain Jean Thomas Dulaien was off the Mexican coast with a mixed crew of Spanish and French cutthroats. He was then only 23 years old and had been well educated in Paris, where he gained his pilot’s certificate.

Taking advantage of a dispute between his motley crew, the captain sided with his countrymen and the Spaniards were beaten and thrown overboard. The crew thereupon proclaimed Dulaien as their filibuster captain, renamed the ship Sans Pitie and hoisted the corsair flag. It was properly described in a letter of that day by the Mayor of Nantes as follows: “The flag is made of black materials with white marking upon it, seems like representations of a head cut off with a cutlass, together with bones and a sandglass.” 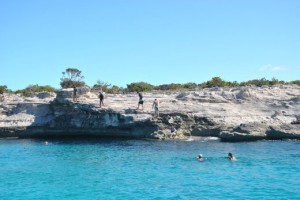 In order to avoid the French naval patrols, Dulaien established a base on the island of West Caicos, where today one can still see the remains of his pirate lair. When at anchor, the masts of his ship were usually disguised by tree branches, while his spies watched for innocent merchantmen plying the Caicos Passage. In less than a year the pirate acquired a small fortune, and in January 1738 he decided to test his luck no further. While at Tortuga, he allowed most of his crew to go ashore and, with ten chosen men, he hoisted the sail and deserted the port of France. After a month at sea, the pirates arrived at Nates and Dulaien received the King’s promised amnesty for himself and his crew. By the time authorities decided to seize his ship,  most of the valuable contents had already disappeared.

The ship owners of Nantes, who had often suffered at the pirate’s hand, now protested to the authorities and on further investigation much of the loot was traced to its various recipients. Dulaien and his crew were than arrested. After another appeal to the king, the men were released, but the captain was made to languish in prison for several years thereafter. The original flag has been preserved in the Bibleotheque Nationale in Paris.

To read more interesting stories visit Turks Islands Landfall, A History of the Turks and Caicos Islands by H.E. Sadler. This revised edition of Herbert E. Sadler’s important work is an authoritative history of the Turks & Caicos Islands from the earliest times to the 1980s. As the only comprehensive work on the Islands’ history, Sadler’s book is insightful, well-researched and captures the spirited past of the Turks & Caicos. As well as being an invaluable reference tool for students of Caribbean history, it is a worthwhile and enjoyable memento for people with an interest in these islands. 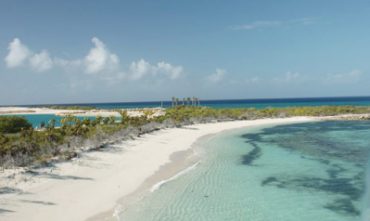 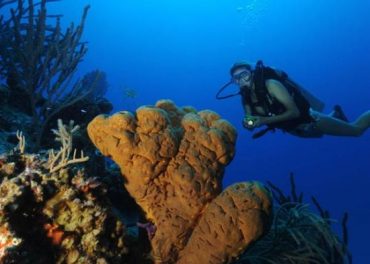 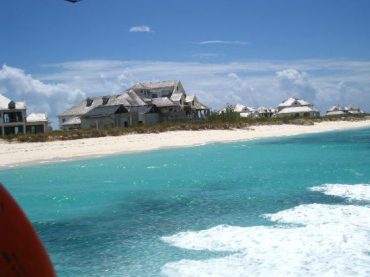 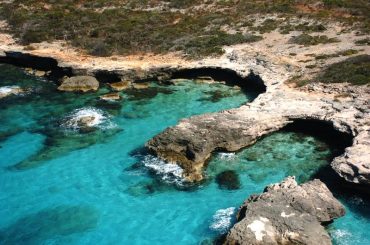 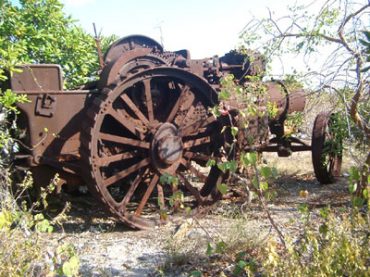 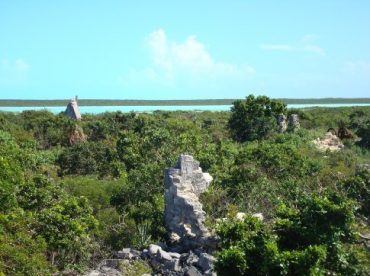 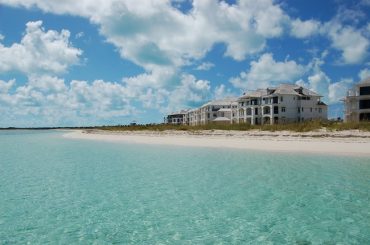 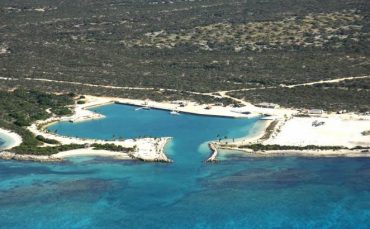 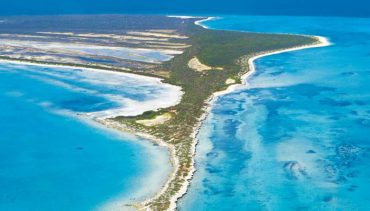